Home / Questions / What is Bitcoin mining?

Bitcoin mining is necessary to increase the security of the Bitcoin payment network, ensure transactions are not scam and issue new coins into circulation. 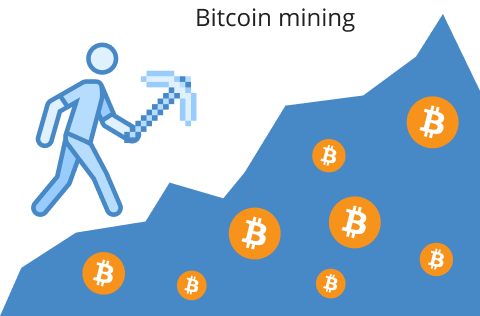 What is the purpose of Bitcoin mining?

There are 3 main purposes of mining:

Mining ensures that no one can spend the same amount of Bitcoins twice. It is also called the double-spend problem. A payment system doesn’t need to be governed by people if double-spend is not a problem.

The Bitcoin system is very complex. Don’t expect to understand it from the first time.

Bitcoin mining is not concentrated in a single place, but spread around the world. Miners are checking if transactions are valid using a specialized mining machines called ASIC (application-specific integrated circuit chips). They earn Bitcoins as a reward.

Thanks to mining Bitcoin can operate securely without a central institution.

How to mine Bitcoin?

Currently, Bitcoin mining can be done using ASICs only. These are machines build with the sole purpose of mining Bitcoin. However, cannot be used for anything else.

If you’re buying ASICs you’ll need the latest most efficient miner to be able to return your investment.

In the early days of Bitcoin it was possible to mine using a Processor (CPU). However, after many people started mining and the mining difficulty increased, video cards (GPU) became the preffered device to mine. Video cards needed less energy and mined with higher speed compared to processors.

This graph depicts the history of devices used for mining.

Then FPGA (Field Programmable Gate Arrays) replaced video cards as they were even more efficient. Finally, specialized mining machines ASICs were invented solely for Bitcoin mining. They still dominate the mining space as they are the most efficient of all.

What is the block reward?

The block reward is a money incentive for mining. Every 10 minutes, when a new block is added to the blockchain, the miners receive a compensation of 6.25 BTC. Miners need it to pay their expenses for electricity, devices and their maintanance.

Interestingly, the reward can be earned by a solo miner or spread to a pool of miners depending on their mining power.

What is the difference between solo and pool mining?

When solo mining you compete with the whole Bitcoin network for the block reward. The chance to receive a reward is really small, but if you receive it, the reward is very big. Currently it is 6.25 Bitcoins. However, solo mining is rarely done mostly by big mining companies that have enough power to do that. Majority of miners usually do pool mining.

This is the more popular option. With pool mining you are teaming up with others to mine together.

If you guess the block number, however, you won’t receive the full 6.25 bitcoins reward. The reward instead will be distributed equally to all pool members and will be much smaller. This way if someone else guesses the block number, you receive a reward too. The chance to receive a reward is much higher, but the reward will be much smaller. Pool mining is much more predictable because you receive payments on regular basis.

ASICs (application-specific integrated circuit chips) are single purpose machines that can only mine a single type of cryptocurrency. However, they can mine much faster and efficient than video cards. There are ASIC miners for different currencies like Bitcoin, Ethereum, Zcash and 100s others. 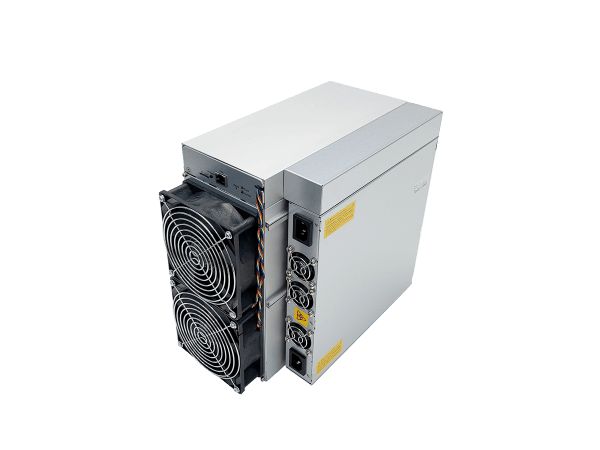 Example of how an ASIC miner looks.

How profitable is to mine Bitcoin and other cryptocurrencies?

You need to select what type of machine you have and then you’ll be able to calculate monthly revenue and power costs.

Which ASIC to buy?

There are several companies that produce and sell specialized mining hardware:

However, the profitability of each device varies by time. To help you choose the best miner to buy we suggest to use the asicminervalue.com website and check which is the most profitable one at the moment.

However, some mining services like, NiceHash, allow you to mine alternative cryptocurrencies with video card and receive the compensation in Bitcoins. Technically, it’s possible to earn Bitcoins with a video card but it’s not worth it.

What is a mining fee?

In every Bitcoin transaction the sender pays a small fee in bitcoins. This is necessary as an incentive to the miners to validate and confirm your transaction. In principal, it is possible to make a payment without a fee, but it may take weeks until its completed.

Most of Bitcoin wallets have the option to select how much fee to pay. The higher fee that you pay the faster you transaction will be processed. Our advice is to include the fee suggested by the wallet. 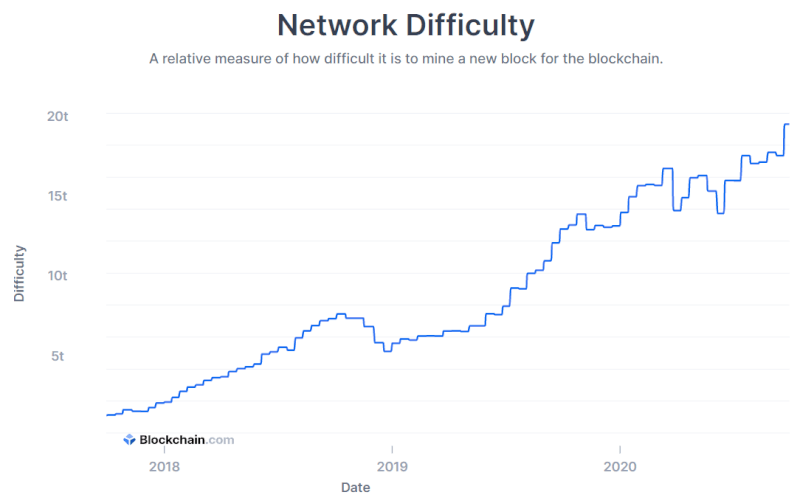 This is a chart of the Bitcoin mining difficulty for the last 3 years. When the graph goes up, it means that more miners are joining the network.

What is hash rate or hash power?

Hash rate or also called hash power is the speed that a mining device operates. The more mining machines you have, the higher the hash rate.

Mining cryptocurrencies other than Bitcoin?

Yes, you can do that. There are many cryptocurrencies that you can mine other than Bitcoin. The most popular and profitable ones are Ethereum (ETH), Ethereum Classic (ETC) and Zcash (ZEC).

All you need is an ASIC machine or a PC with 1 or more video cards and a special miner program. It is really easy to mine as you just start the mining program and you leave the machine to do its thing.

The Nicehash service is probably the easiest and most beginner friendly way to get started with mining. Just download the NiceHash program and install it. Nicehash can also create a BTC wallet for you if you don’t have one. The program automatically detects your hardware and selects the current most profitable algorithm for it. As a reward, you receive Bitcoins. 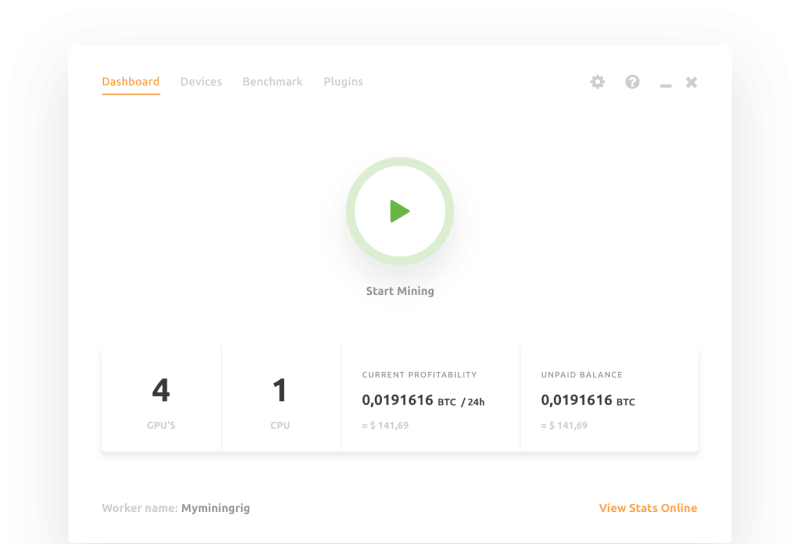 What is cloud mining?

Cloud mining lets you rent mining power. The mining machines are owned and maintained by the cloud mining provider. You don’t have to deal with any hardware.

We do not recommend using cloud mining services because most of them are scams. Majority of them pretend to have mining machines, but in reality they don’t and just take people’s money.

However, it is faster to earn Bitcoin by buying it directly, instead of paying in advance and waiting months for the Bitcoins to arrive.

Basically, You rent mining hardware from a miner who operates and maintains it for you. The more hash power you rent, the faster you’ll collect Bitcoins. However, you pay an upfront payment for a certain period of time which often is several months and in the end you may be at a loss if the difficulty of mining has increased.

How much energy mining consumes?

Mining Bitcoin requires a lot of electrical power. A single ASIC consumes between 1kw/h and 5kw/h. However, mining farms often have 100s or even 1000s of ASICs.

Currently, the whole Bitcoin network consumes between 55 and 70 TWh (Terawatt-hours) per year.

Bitcoin power consumption is comparable to countries, such as Austria and Colombia.